This project involved road and bridge construction with the upgrading of the R310 Baden Powell Drive from a single carriageway two-way road to a dual carriageway from the N2 for 5.3 km to Vlaeberg Road, near Stellenbosch. The annual average daily traffic on the existing road was in the order of 16,000 vehicles per day, with approximately 6% of the vehicles being heavy trucks and buses.

In addition to the work on the R310 roadworks also included construction of a new 1.5 km link road from Baden Powell Drive onto Old Faure Road, a new access road to Faure train station, and major intersection improvements were constructed at De Wijnlanden, OP4321, Cape Town Film Studios and the new quarterlink. The structural work at the bridges and underpasses also required 620m of vertical realignment of Main Road 159, under the existing bridge.

The existing bridge was rehabilitated and  work included resurfacing and structural repairs to the soffit, sidewalks and the capping of pier beams. A new sidewalk was constructed on the existing bridge

A new 100m long bridge was constructed alongside the existing bridge, over the railway and the MR159 dual carriageway. The new bridge is similar to the existing Bridge 2960 and consists of precast prestressed beams, on piers either side of the road and the median. The precast beams were transported to site. The exact form and materials used for each bridge is specific to specific position in the structure, the alignment of road, the distances between the piers and the spans. The parapets were cast in situ and the bridges completed with premix laid on a waterproofing coat.

Other structural works included construction of box culvert underpasses at Meerlust, Kompanjiesdrift and Klein Welmoed, as well as a new retaining wall at the bus stop at Kompanjiesdrift.

Landscaping and indigenous flora required that the road reserve be top soiled and hydroseeded to minimise the impact on the environment of the construction work. This required the collection of local seeds to ensure the correct species were replanted with the hydroseeding mixture. In addition, the protection of plants and collection of seed, harvesting, removal and replanting of existing vegetation was also required.

There were a number of utility services, both overhead and underground, within the work area requiring significant liaison with the services authorities to arrange for the removal, relocation or protection of the services, particularly an existing Telkom line along the western side of the N2 and at the De Wijnlanden intersection, Eskom 11kV high voltage power lines, a 66kV line crossing the road, and large diameter water and sewer pipelines requiring diversion and protection, including a 1000mm diameter water pipeline along the western boundary of the N2 constructed by others while work continued.

Back to Recent Projects 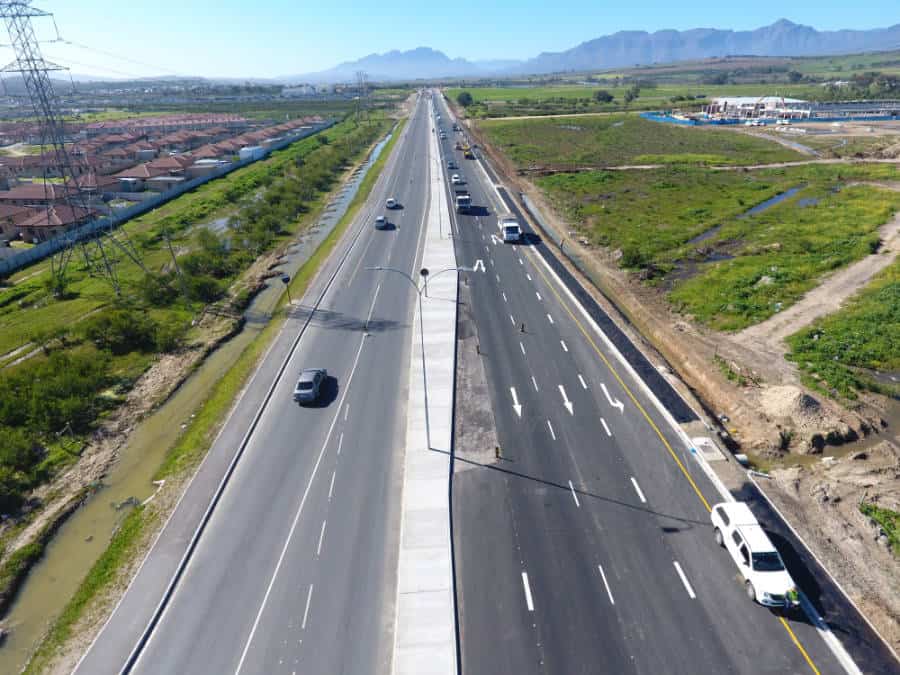 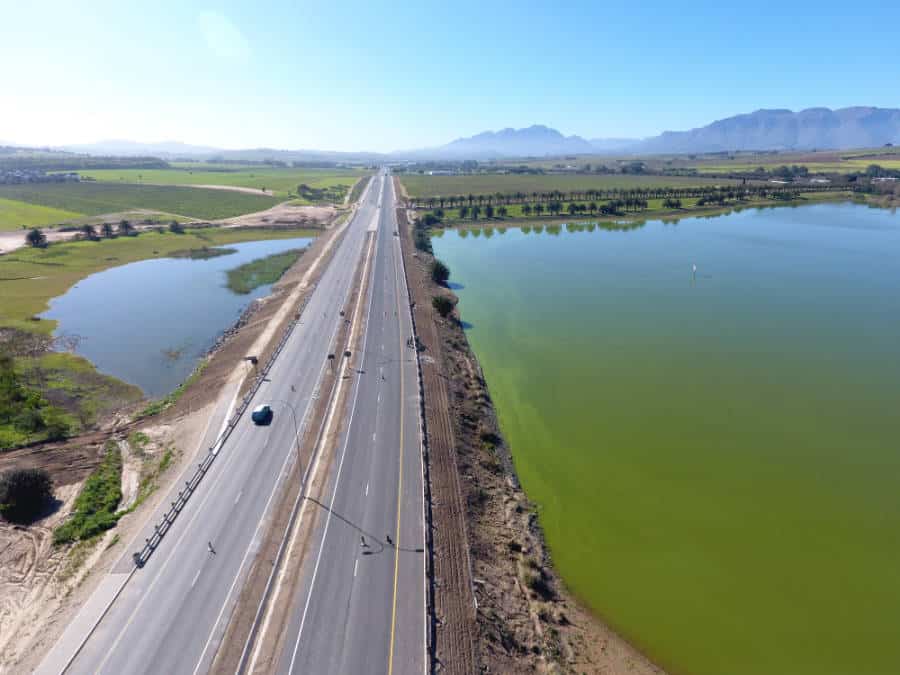 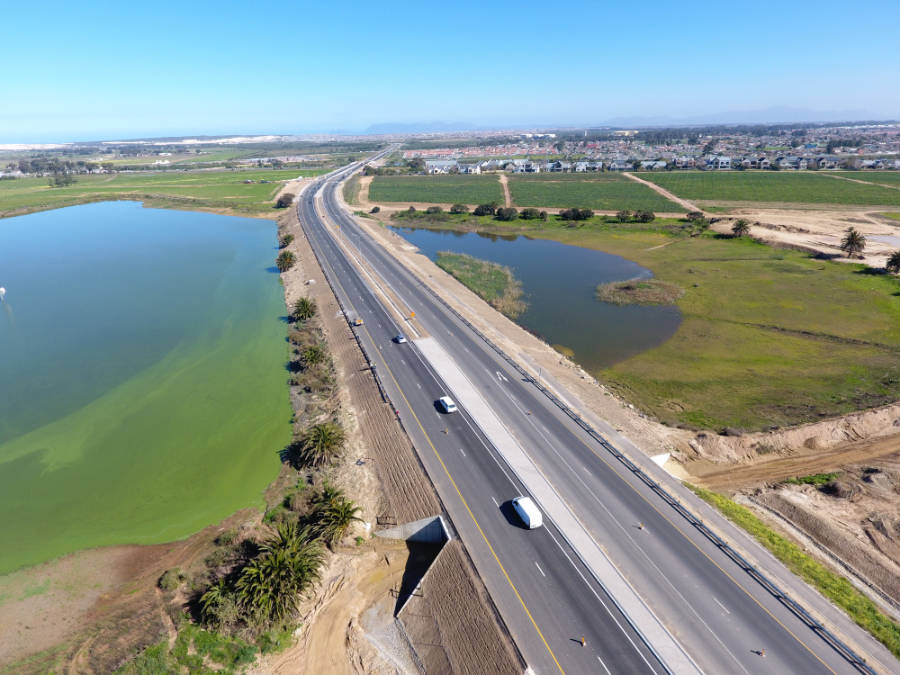 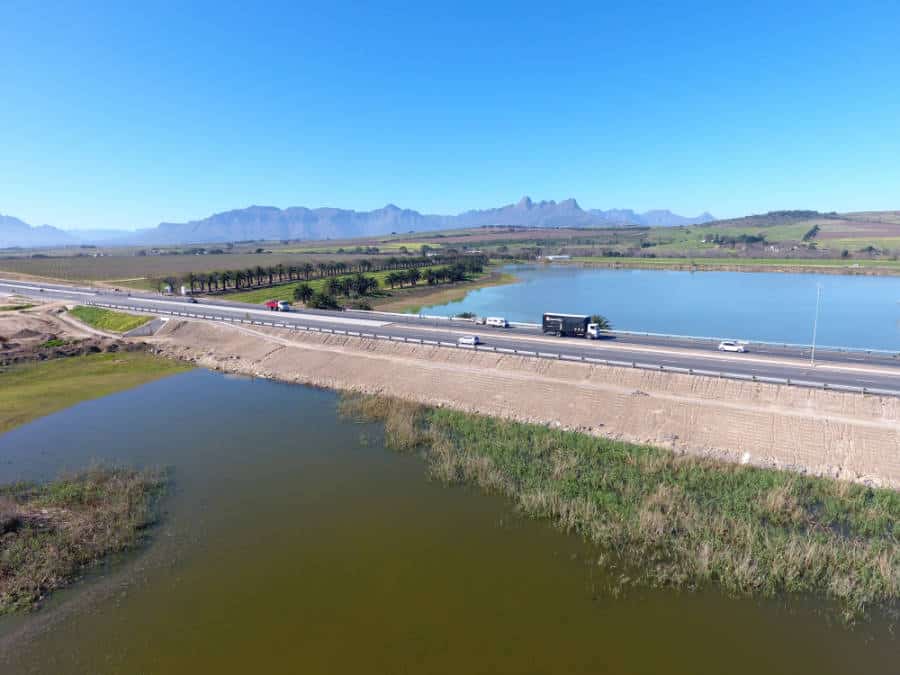 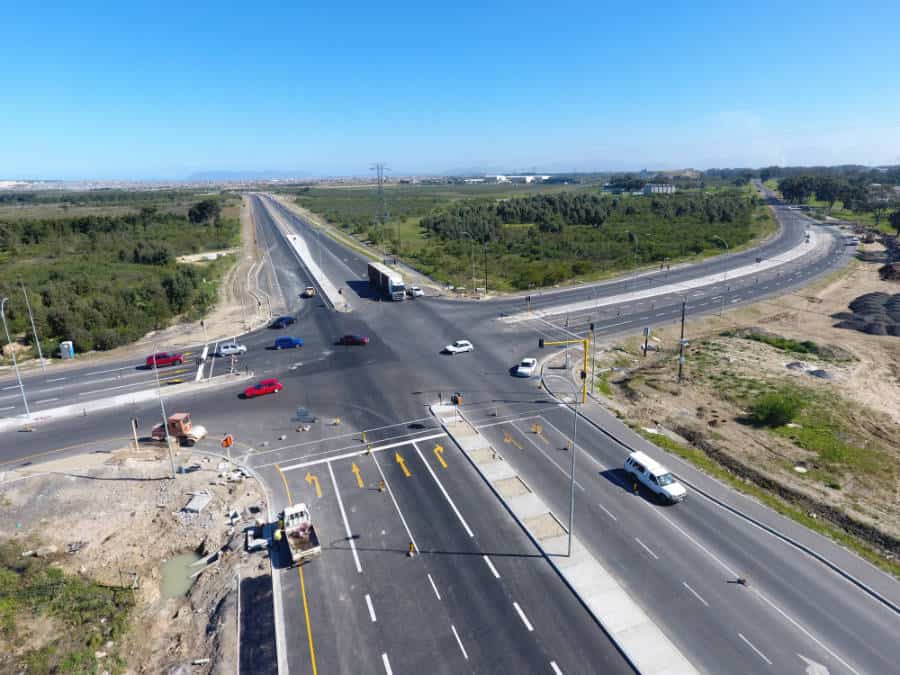